The Dangers of Early Discharge 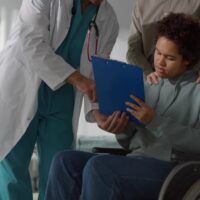 Hospitals are dealing with mounting pressures and financial incentives to shorten patient stays. Particularly as payment protocols transition to bundled reimbursements and hospitals face increased pressure for transparency and reporting due to allegations of historically overcharging patients, healthcare providers are implementing policies under which patients are being released sooner after serious procedures. At first blush, this might appear to help patients by reducing costs and eliminating unnecessary overnight stays. However, as discharge decisions are being made for financial reasons rather than best medical practices, evidence suggests that patient health is worse off overall. Read on to learn about the dangers of early discharge from a hospital, and reach out to a qualified medical expert with additional questions or for help with a pending legal matter.

A number of recent studies have been conducted addressing the prevalence and effect of premature discharge from hospitals. Hospitals dealing with changes to payment structures are finding that patient turnover is the best way to maximize reimbursement from payers. Over the past few decades, the average duration of a given patient’s stay has decreased significantly. Unfortunately, patients are often discharged earlier than medically advisable due to financial incentives. This has led to an increase in readmissions due to complications and previously undetected issues, putting patient lives at risk.

A recent study by the University of Texas Southwestern Medical Center, published in the Journal of General Internal Medicine, for example, found that upwards of 20 percent of hospitalized patients are released before all their vital signs are stable. Patients with problematic vital signs such as elevated heart rates or low blood pressure are discharged before these potentially alarming symptoms are corrected. Patients with such vital sign instabilities upon discharge are significantly more likely to be readmitted to the hospital within 30 days and to suffer fatal consequences, even after adjusting for other risk factors.

Several studies published in the journal Health Care Management Science examining discharge practices at large medical centers likewise found that discharge decisions were being “made with bed-capacity constraints in mind,” instead of the health of the patients being discharged. The study found that patients discharged when the hospital was busiest (increasing the likelihood that the discharge was made for practical, rather than medical, reasons), were 50 percent more likely to be readmitted within three days for additional treatment. Patients being discharged before they are healthy and stable are likely to suffer serious consequences.

Another recent study by Northwestern University found that early discharge has the greatest impact on seniors and that the practice has had a significant impact on patient health. Patients who are discharged the same day or soon after surgery are expected to take care of themselves immediately after a serious event, including monitoring their medications and watching out for bleeding, infection, and other concerns. Elderly patients have a more difficult time absorbing and understanding discharge instructions so soon after surgery and without time to learn the patterns while still admitted.

According to the study, patients aged 65 and older “who have ambulatory surgery are much more likely to be readmitted to the hospital within 30 days than younger patients, regardless of their health before surgery.” Based on available research, the culprit is difficulty understanding medication dosing and discharge instructions, as well as cognitive impairment among the elderly. The study unambiguously concluded that the increased readmission rates were due to age, not health: “It’s not because they are sicker, it’s because they are older and have trouble understanding their discharge instructions and medication dosing, which often are not clearly explained.”

If you need a qualified, licensed, and persuasive expert witness in a personal injury, medical malpractice, or product liability case, contact the offices of Neurosurgery Medlegal Services, LLC, at 866-659-8051.