Does an Expert’s Own Medical Malpractice History Affect Their Qualifications or Testimony? 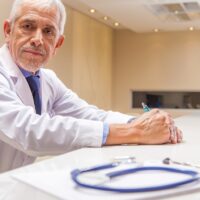 Lawyers are extremely risk-averse by nature. When evaluating potential expert witnesses, any real or imagined red flag can cause an attorney to second-guess the expert’s qualifications and fitness to testify. If you are conducting due diligence on a physician as a potential expert for a medical malpractice case and you discover they have been sued for medical malpractice in the past, is that a deal-breaker? Does their personal history of malpractice allegations disqualify them from testifying as an expert in your matter? Read on for a discussion of how an expert’s personal experience with malpractice might affect their testimony, and contact a dedicated medical expert for assistance with a legal matter.

Half of All Physicians Are Sued for Malpractice

A number of studies have been conducted to evaluate the prevalence of medical malpractice claims. The results have been either shocking or unsurprising, depending upon your opinion of malpractice litigation. According to a trend report from the AMA’s Division of Economic and Health Policy Research, more than a third of all physicians will have a medical liability lawsuit filed against them at some point in their careers. In fact, nearly half of all physicians aged 55 and older report having been sued at least once in their careers.

Suffice it to say that if you have been practicing medicine for long enough, it is very likely that at least one disgruntled or opportunistic patient will sue you. Being sued for medical malpractice, alone, has no bearing on whether a physician is competent, qualified, or an expert in their field.

Medical Malpractice Experience is Not Disqualifying

Being sued for medical malpractice does not mean that a physician is unqualified to testify as an expert. Medical malpractice claims arise for any number of reasons, and, as discussed, most are dismissed or dropped. An expert’s education, training, and other professional experience are far more important in dictating their level of expertise on a given issue.

Some courts have explicitly held that prior malpractice suits filed against the expert are not relevant to the expert’s qualifications. An appellate court in Illinois recently held, for example, that an expert’s prior lawsuits were not even admissible at trial. In Swift v. Schleicher, the defendant cross-examined the plaintiff’s expert at trial with evidence that the expert had been sued for malpractice in the past. On appeal, the court found that evidence should have been excluded. The court reversed and remanded for a new trial, noting that “generally, experts should not be cross-examined about prior malpractice suits against them.”

Not only is prior malpractice history not evidence against your expert’s qualifications; it may actually help their testimony. If the expert has been sued in the past based on claims that some practice or outcome constituted malpractice, and they successfully defeated those claims, they could bring that experience to bear in supporting your claims. If you are on the defense, they may point to their personal experience (successfully) defending against similar claims as proof that no malpractice was committed, then or now. If you retained the expert to support the plaintiff, they may be able to compare and contrast their prior conduct (which was not malpractice) to the conduct of the current defendant, illustrating what went wrong in this instance. For the creative attorney, a perceived weakness can easily become a valuable asset.

There is one notable exception to the general principles discussed above. If your proposed expert has ever testified in a medical malpractice case in the past, whether as a witness, an expert, or as a party, it’s important to make sure that they have never taken a position directly contrary to their position in your matter. If they previously claimed that a medical practice was entirely standard and are now testifying that the treatment constitutes malpractice, your opposition will have a field day exposing their inconsistencies. Make sure their prior positions are consistent with their instant testimony in your matter, as well as with your position on other issues critical to your current legal matter.

If you need an experienced, thorough, and effective expert witness in a personal injury, medical malpractice, or product liability case, contact the offices of Neurosurgery Medlegal Services, LLC, at 866-659-8051.