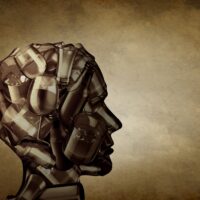 At first blush, alcohol use disorder (AUD or alcoholism) and traumatic brain injury (TBI) may seem unconnected, other than being two ailments that can adversely affect brain function. A recent study of the connection between the two, however, found that alcohol use and TBI are “inextricably and bidirectionally linked.” AUD is a significant factor in predicting whether someone will suffer a TBI and has profound effects on the capacity for full recovery after a traumatic injury. The study found other links as well. Read on for a discussion of the study and several notable findings, and contact a qualified medical expert with any additional questions.

Professors from the Department of Neuroscience and the Department of Physical Medicine and Rehabilitation at Ohio State University recently published a study in the Alcohol Research: Current Reviews (ARCR) addressing the links between alcohol use and TBI. ARCR is a peer-reviewed scientific journal managed by the National Institute on Alcohol Abuse and Alcoholism (NIAAA) at the National Institutes of Health (NIH), focused on the field of alcohol research. The findings of the study, entitled Alcohol Use Disorder and Traumatic Brain Injury, are illuminating.

The import of the study is immediately clear: Several studies had already found that between 30% and 50% of patients treated for TBI were intoxicated at the time of injury. In the United States alone, around 2.8 million people are treated for TBI annually, and most experts estimate that this figure represents only a portion of the number of people actually suffering from TBI but who do not seek medical treatment. TBI is also a common affliction among U.S. service members.

According to the study, the link between AUD and TBI is no accident. An estimated “one-third to half of all patients [who incur a TBI] meet[] diagnostic criteria for AUD.” Moreover, more than half of the patients admitted for rehabilitation following a TBI meet the criteria for AUD. While many TBI patients slow or stop drinking entirely after incurring a TBI (primarily due to lack of access to alcohol as well as physician recommendations to abstain), a significant subset (around 25%) not only resume drinking within a year or two after the injury but begin drinking even more. Patients who already had a binge drinking problem before TBI are ten times more likely to exhibit problem drinking after suffering a TBI.

The study concluded there are grounds to believe TBI leads to AUD as well as the other way around. In addition to the fact that problem drinkers tend to resume heavy drinking after TBI, the authors pointed to evidence that as high as 20% of “light” drinkers or abstainers became high-volume drinkers after TBI. Moreover, injury suffered during early development is a strong risk factor for developing AUD. One TBI, especially early on in life, significantly increases the risk of subsequent TBIs, as well as other behaviors (such as social and societal isolation) that increase the risk of developing AUD. The study found both socio-cultural causal factors as well as neurobiological factors increasing the risk of AUD after TBI.

The study also addressed the effects of AUD on recovery after TBI. Perhaps unsurprisingly, the authors concluded that people who suffer brain injuries are more adversely affected by the effects of alcohol use, even within levels of drinking that would not otherwise be considered problematic. Patients who begin or resume heavy drinking after TBI, moreover, experience impairment to wound healing, greater inflammatory reactions in brain matter, and other symptoms that lead to greater cognitive defects, greater risk of events such as seizures, and a stronger likelihood of long-term or permanent disability.

Part of the causation stems from AUD’s connection to patients failing to comply with medical recommendations. Additionally, heavy drinking after TBI increases the risk of a subsequent TBI, in turn increasing the risk of more serious, permanent damage. The authors went on to suggest mechanisms to treat TBI and AUD concurrently in order to alleviate the greater health risks that patients who suffer the two are likely to face.

Overall, the study concluded there are many reasons to believe in the bidirectional link between AUD and TBI, as well as impacts on recovery from each condition when one patient suffers from both. The authors propose further study to more firmly cement the links as well as divine how best to treat and mitigate the risks of both conditions.

If you need a qualified, experienced, and thorough expert witness in a personal injury, medical malpractice, or product liability case, contact the offices of Neurosurgery Medlegal Services, LLC, at 866-659-8051.